Click any image, or scroll down for details on the performers pictured! 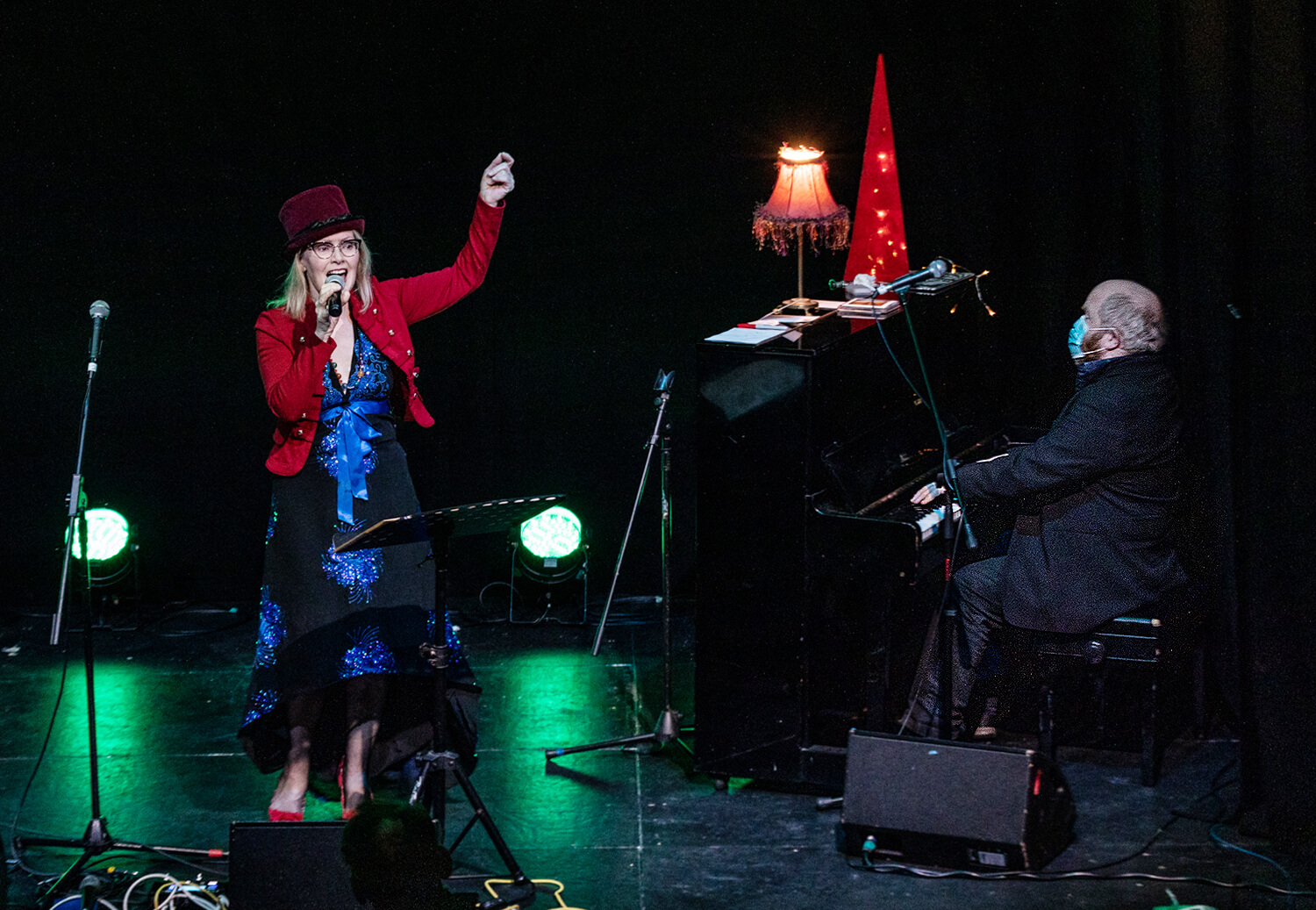 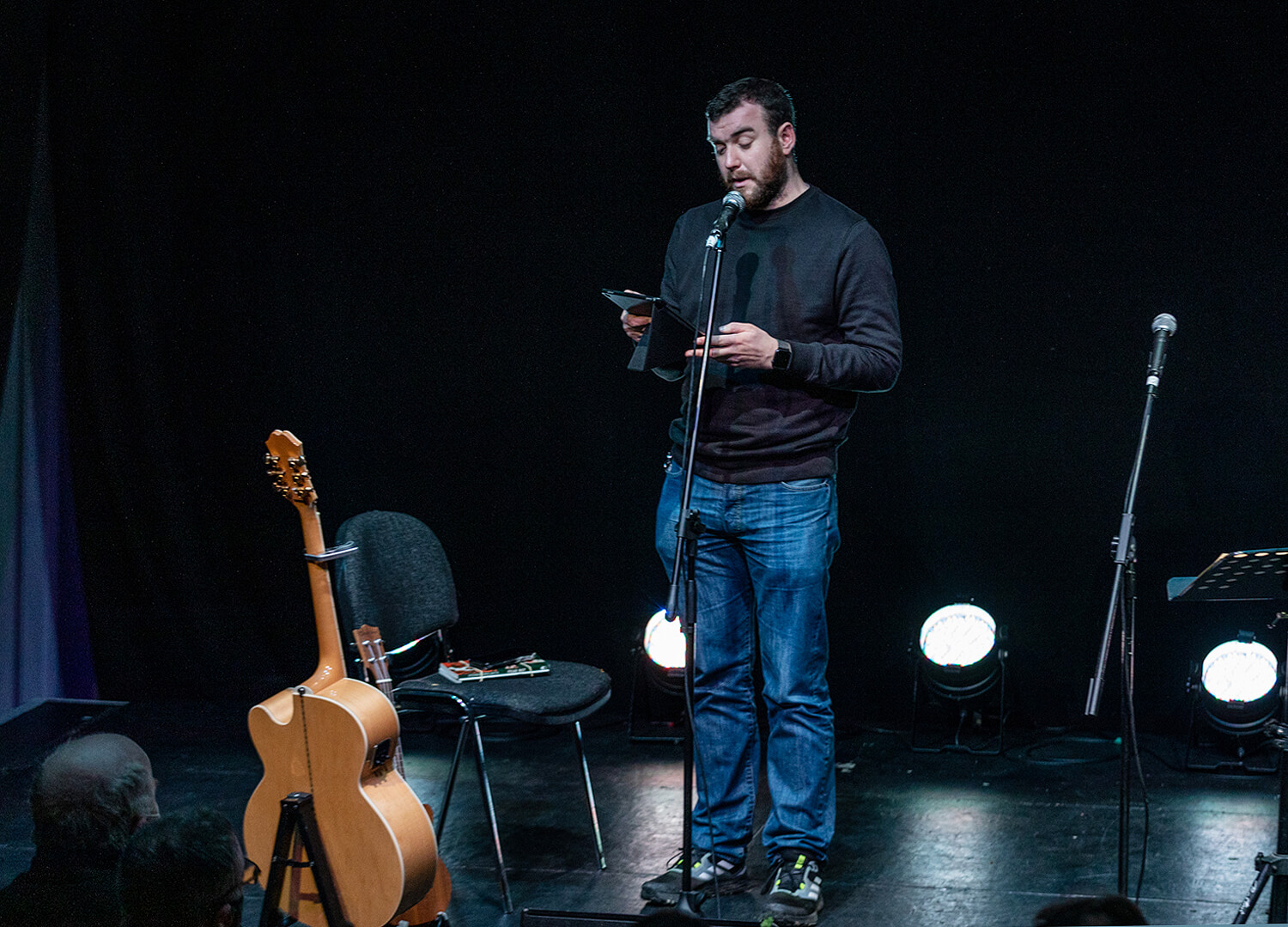 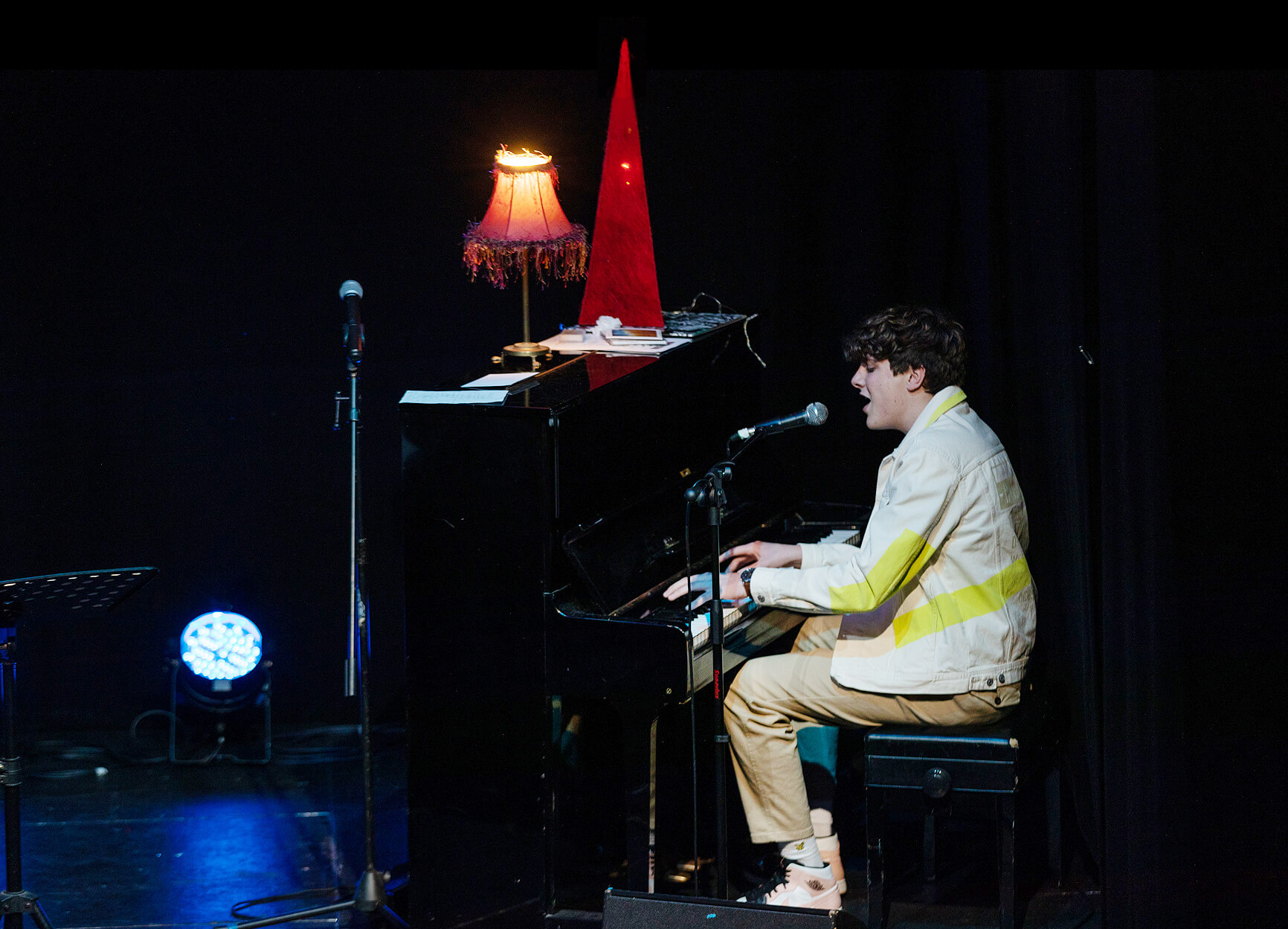 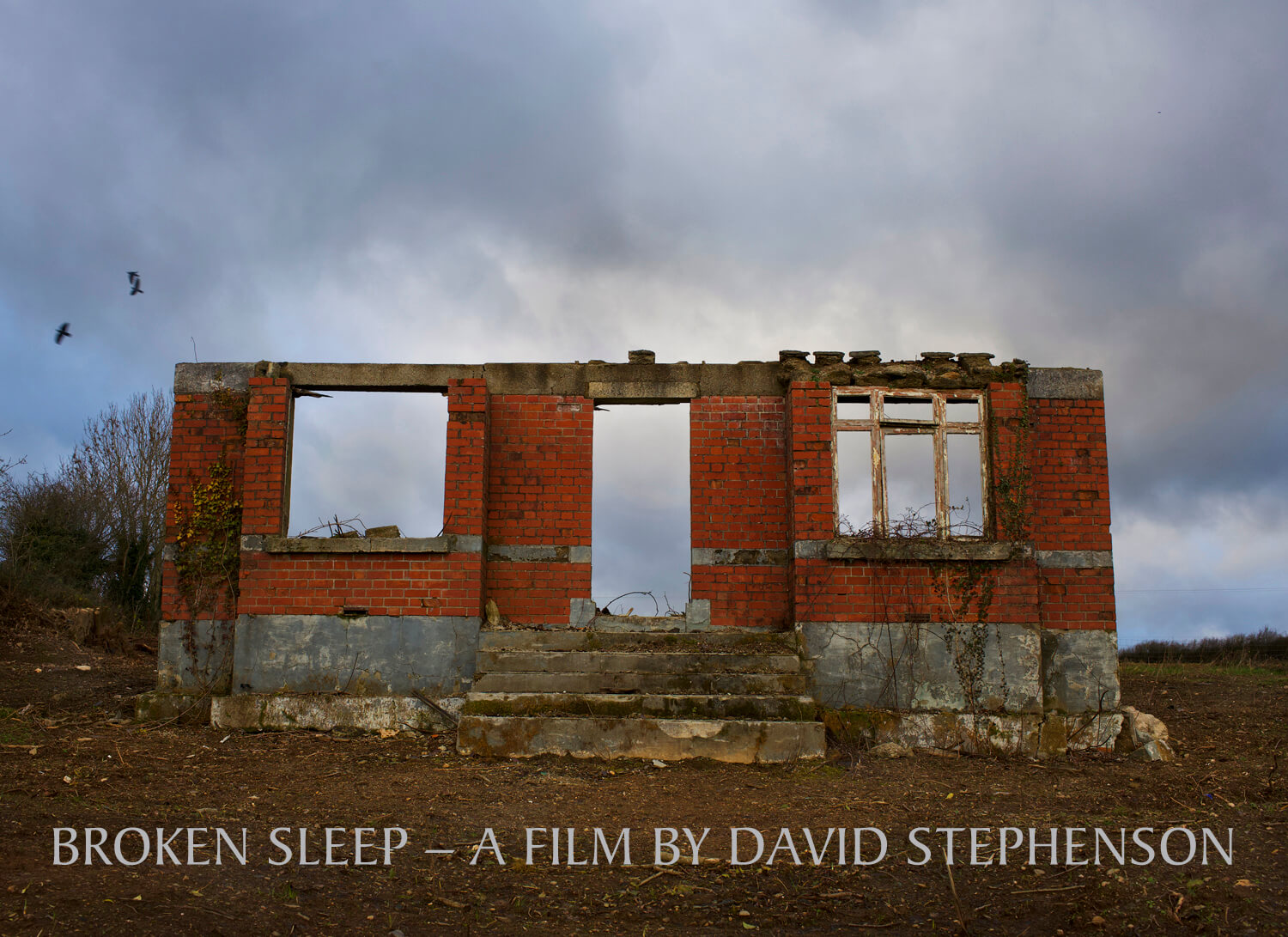 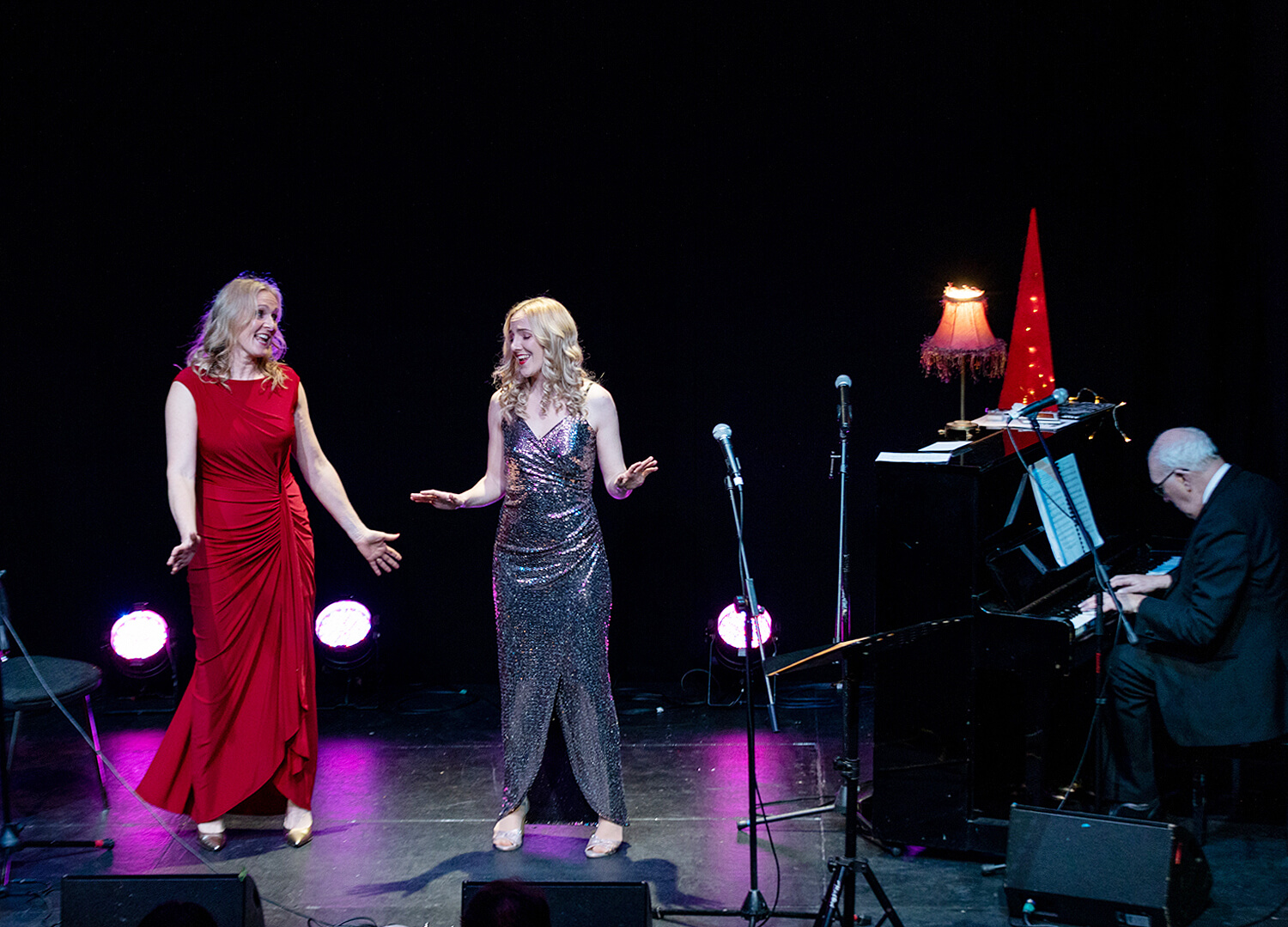 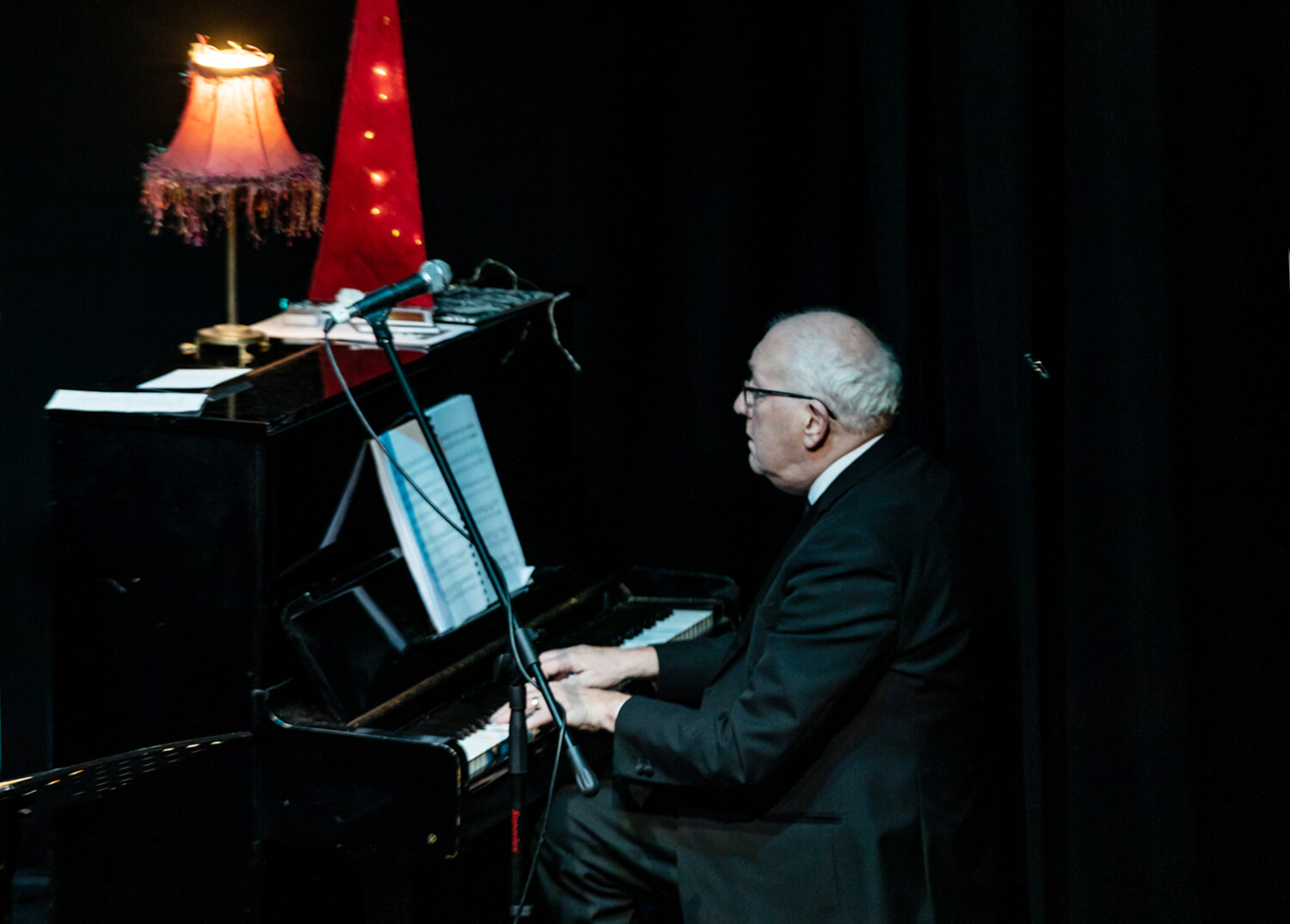 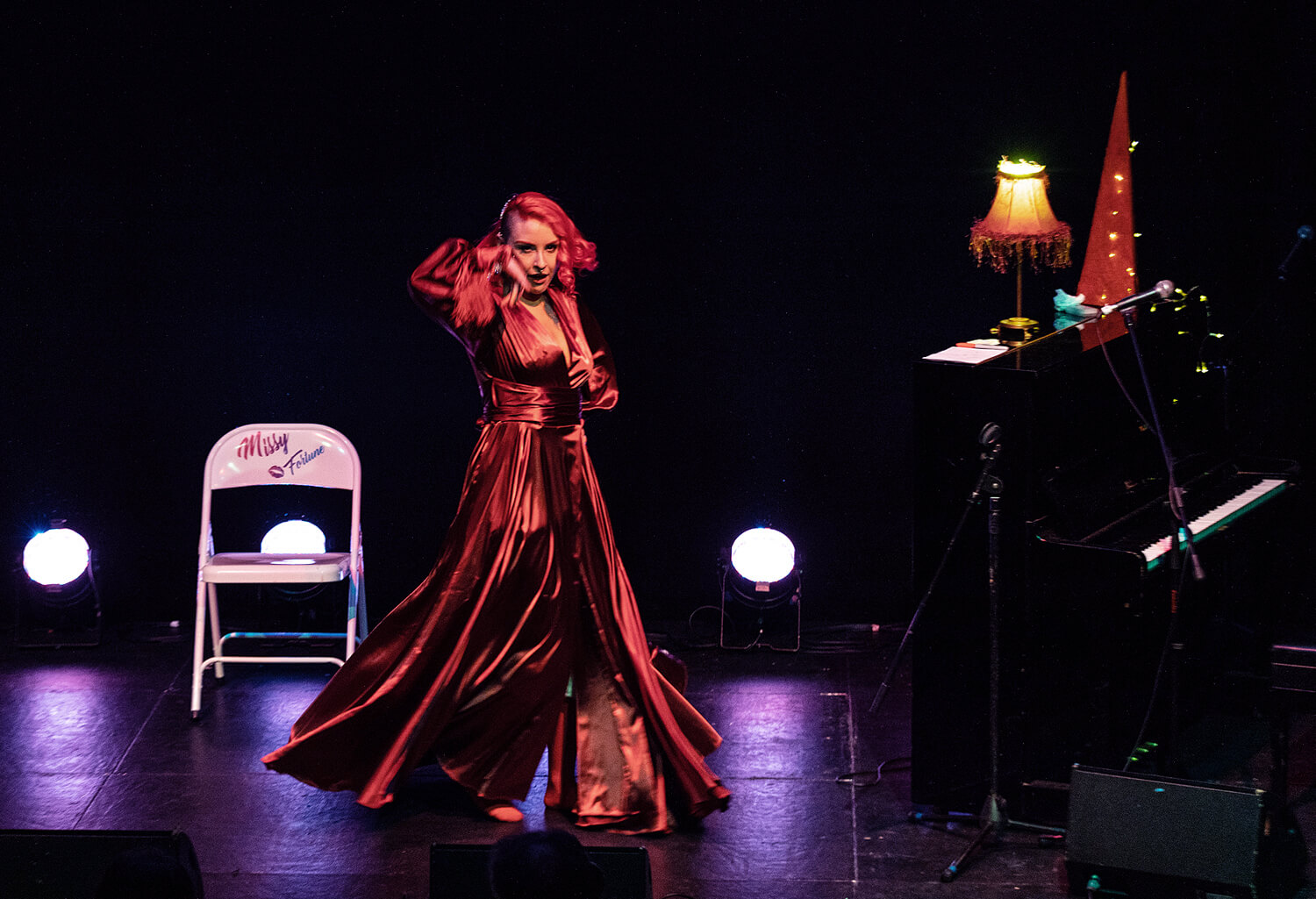 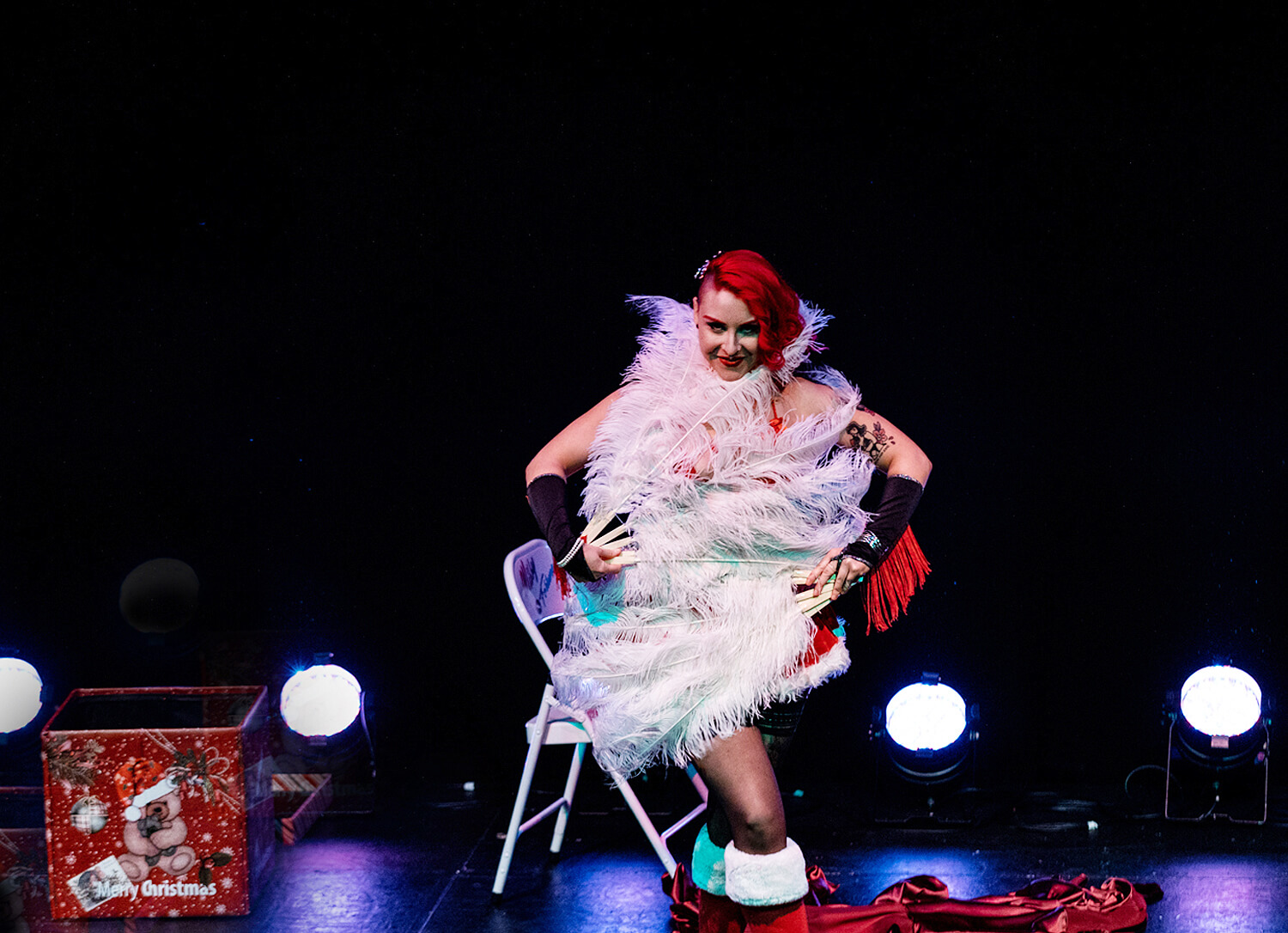 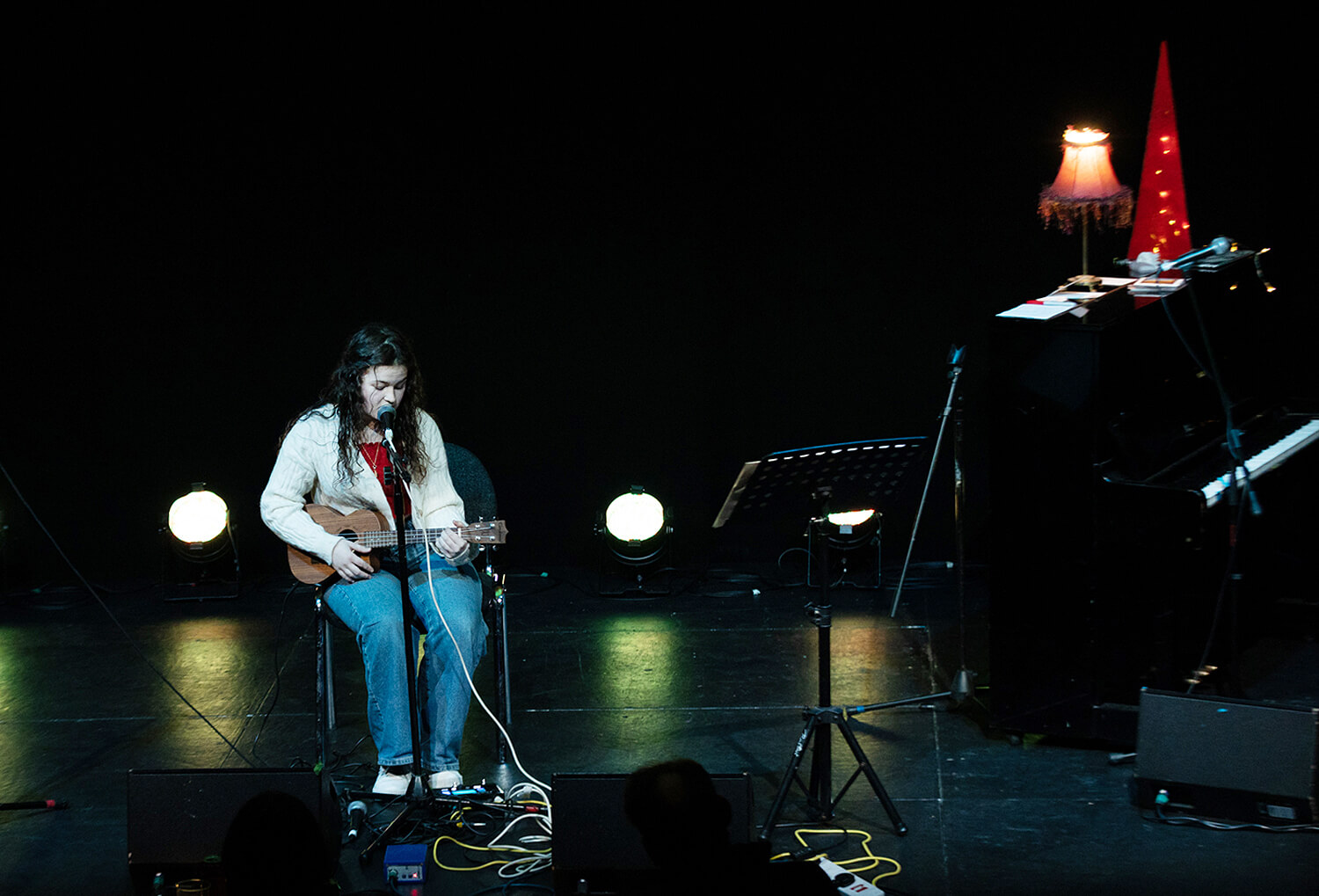 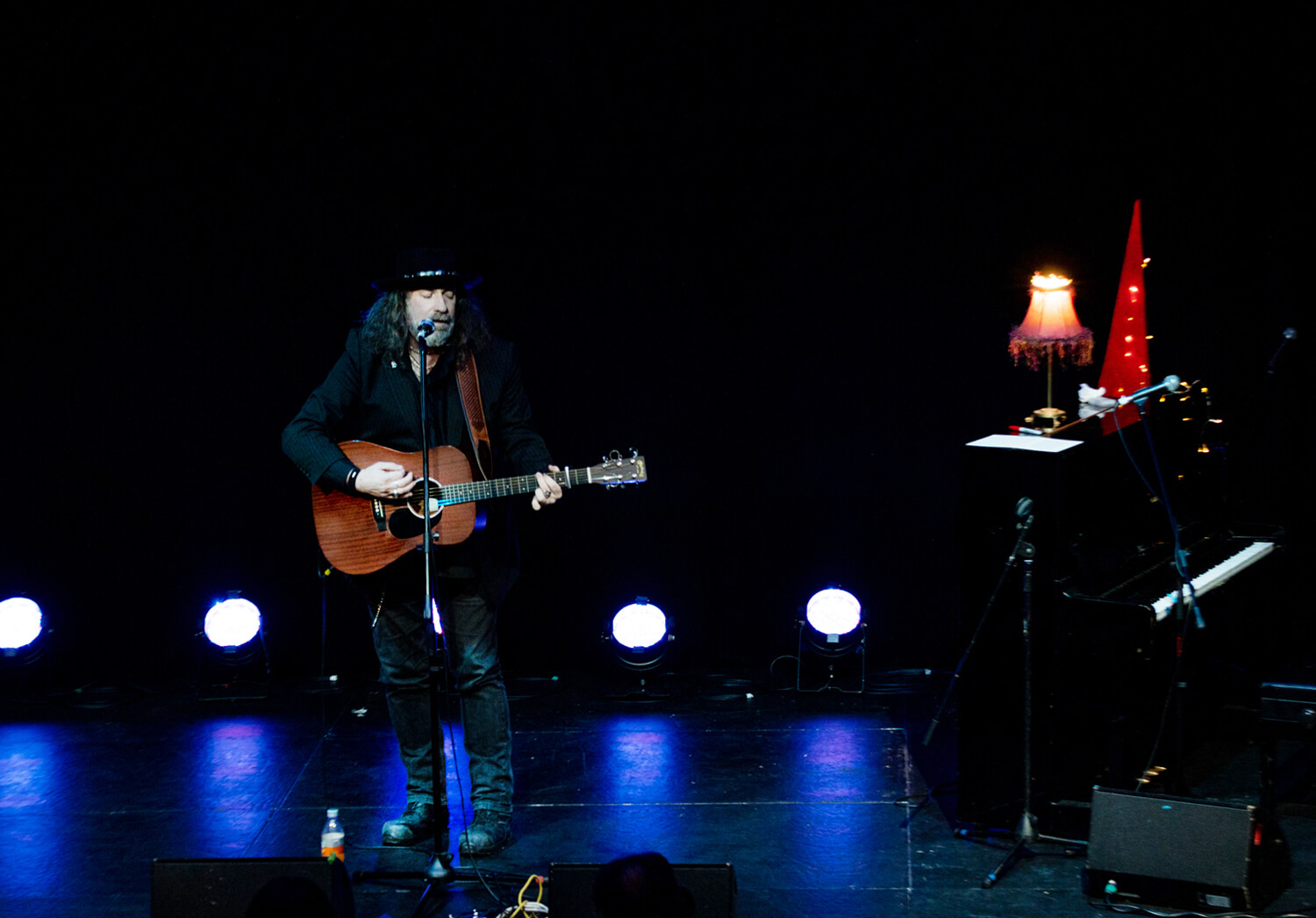 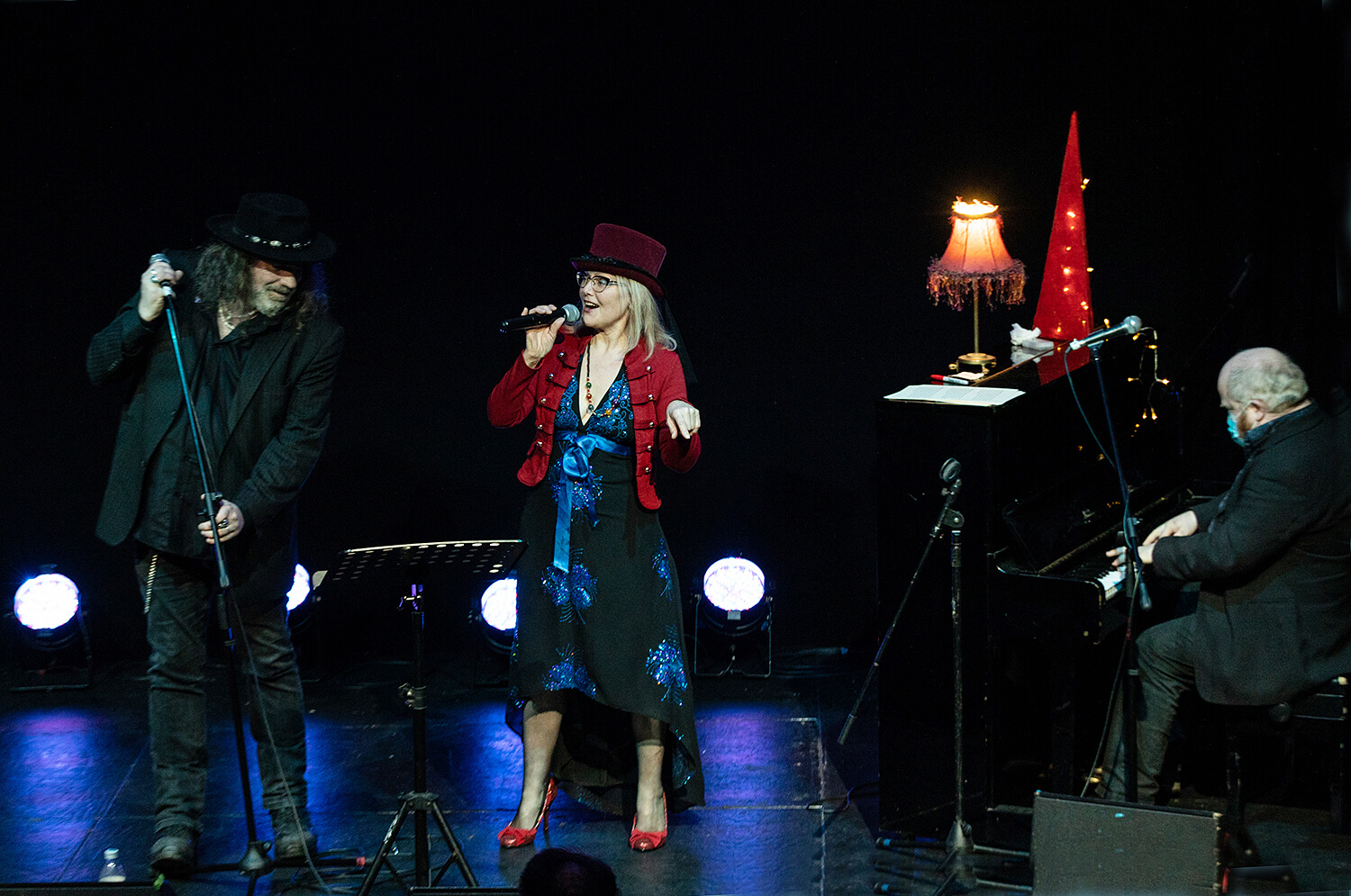 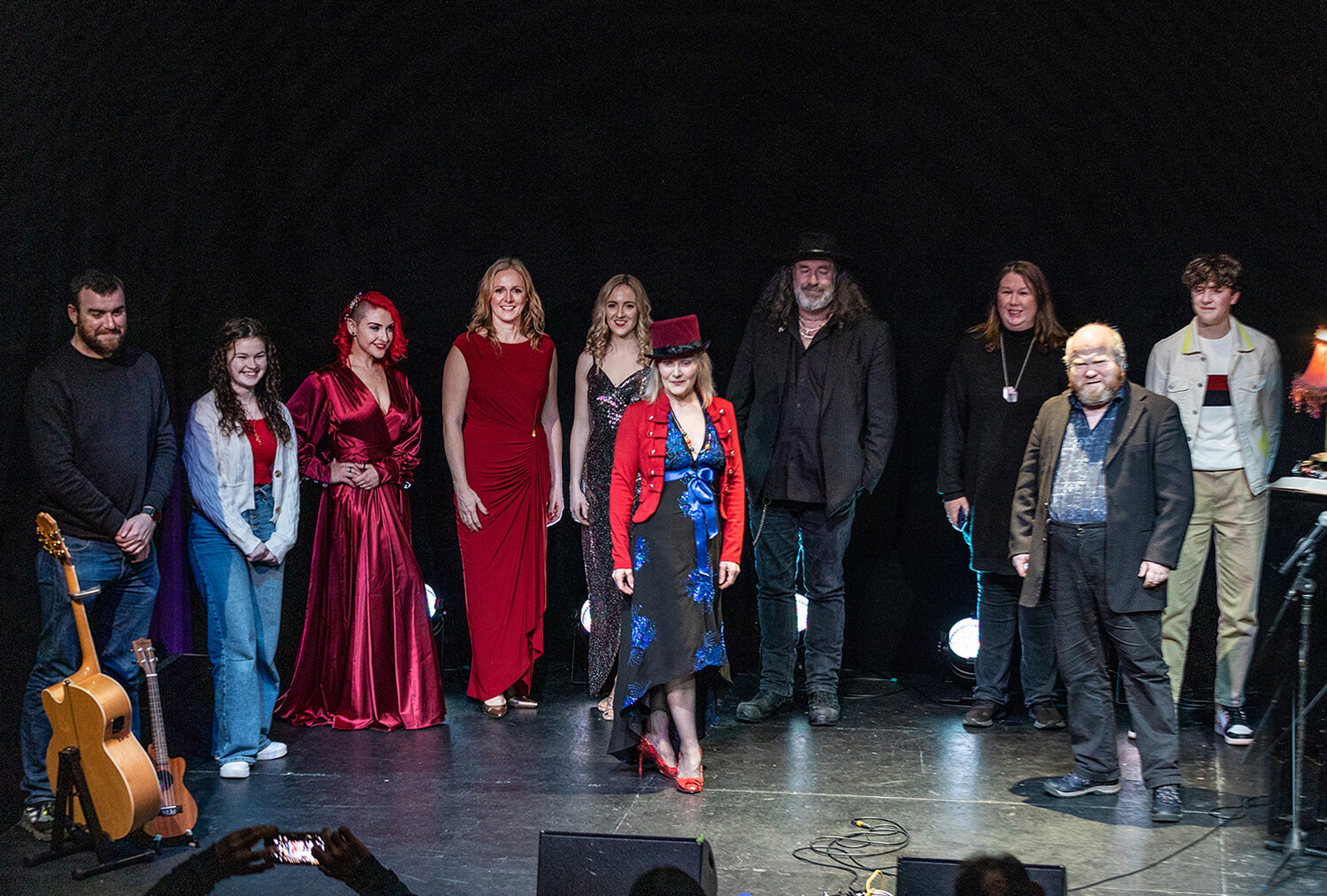 Full details about the event

For Christmas 2021, The Cáca Milis Cabaret welcomes you to our live theatre setting in the Wexford Arts Centre for an eclectic evening of the arts – with full bar, cabaret seating and festive vibe – delivered in the joyous spirit of old time Music Hall, presenting all original work with an emphasis on artistic excellence.

Cabaret founder and hostess Helena Mulkerns will accompanied by piano man and singer-songwriter Josh Johnston, and among the acts performing, there’ll be some old favourites and some new guests.

One old favourite is Dubliner Stephen James Smith, a poet and playwright central to the rise of the vibrant spoken word scene in Ireland today.  He’s performed his poetry at high profile events and festivals around the world. His unique 2017 poem, ‘My Ireland’, has been viewed over 300,000 times online!

Another is Acko.  A musician who was originally part of the Dublin 90s busking scene,  he’s also a producer, and produced and co-wrote two critically acclaimed albums as a member of The Revelator Orchestra, with Peter Murphy.  He’ll play from his first solo album “St. Dominic’s Disappearance” out on the 25th of February.

New guests include Molli Meaghan-Tresson, who joins us with a debut selection of songs, including a Christmas single released last year as a fundraiser for the homeless, which received national attention.  Taylor Dench is also an new performer, who was inspired to start writing his own songs during the 2020 lockdown.  Both originally performed at the Wexford Arts Centre’s “Summer Voices” series of emerging talent. 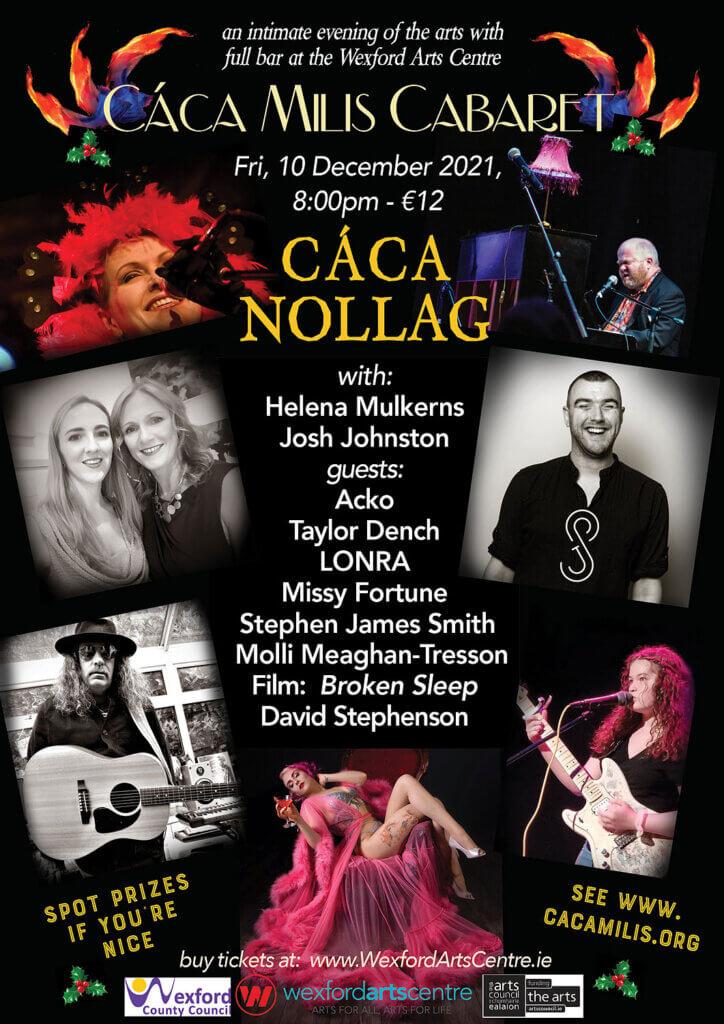 And back by popular demand with her spectacular recipe of dance glamour is the fabulous Missy Fortune, who will bring the audience back to the sensual heights of Hollywood’s Golden Age.  This Wexford Diva is a multi-faceted performer who inevitably brings the house down with her aerial prowess and dance artistry.

Joining us are Ruth Gallagher and Patricia Goggins,  who perform as LONRA, taking well-loved Irish songs/airs and arranging them in harmony for two soprano voices. LONRA has a varied repertoire of Christmas hits, and will treat the Cáca Milis to some of them in their set this evening.

Ciné Sweetcake presents a new film from photographer and film maker David Stephenson. Broken Sleep is a reverie inspired by the 2020 lockdown. A personal meditation on the dreamtime liminal space of the last eighteen months, it explores how the world turned inwards, took a deep breath and let silence in.  It is David’s third short film. His first, Raymond, is a multi-award-winning documentary.

In keeping with Irish Government regulations, our seating capacity for this event is at 50%, and you’ll need your Covid passport and ID to enter.  But there are still a few tickets left, so book asap at

And check out more events at:

ABOUT US
Go to Top